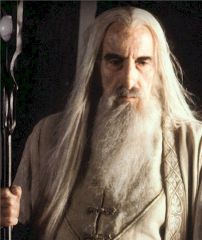 “King, Warrior, Magician, Lover – Rediscovering the Archetypes of the Mature Masculine” is a C. G. Jung based interpretation of masculine behavior and personality in the light of social context mythology, poetry and art. This book describes what it takes for a man (and boy) to grow up, what C.G. Jung defined as individuation process. The book presents those four archetypes and asserts that men need to embraces or control their positive and negative elements (shadows). C. G. Jung believed as depth psychologist that evolutionary and cultural roots manifested in archetypes to form our unconscious experience. The authors describe the potential in contemporary us and how to access those archetypes and utilize there energy within us.The book is organized in two major parts, the archetypes of boys and the archetypes of men and four subchapters the respective archetypes. All four representations of the archetypes have one positive (right amount) and 2 negative poles (deficit or surplus). For example, the positive lover archetype embraces the world with passion whereas the negative poles are the addicted lover and the impotent lover. Robert Moore and Douglas Gillette see every man (or boy) somewhere between these three extremes.

The book asserts also, that in former time these roles could be fulfilled by on person. The shaman as a holistic archetype has the King’s capacity to care, the Warrior’s capacity to fight and the Lover’s capacity to value someone or something enough to fight.
There is much to contemplate in these books which can be mapped with political, mythic and culture examples. The self- evidence of this interpretation and its usefulness is overwhelmingly convincing. The book can be used for understanding history, analyzing the state of your society, for self reflection or spiritual exploration. For example, look at your politicians: Does one of them have the virtues of those positive archetypes? As a man look into yourself or ask your family – are you a good King, a good Lover, a good Warrior and a good Magician? I re-read this book after a monk, who not coincidently is also a trained Jungian, used it as guideline line in a weekends treat at a monastery.
Robert Moore and Douglas Gillette have had great influence in the American men’s movement, but I approached this book from C. G. Jung, on which the concept of archetypes is based. The proposed archetypes of the book: “King, Warrior, Magician, Lover” of the book prove to be useful metaphors for men to work on themselves and to understand their sons. Hope that was not to lengthy…